Cloud Covered Streets came about from me just driving around Phoenix and seeing those that live on the streets wearing dirty clothes, often with holes and tattered. I thought to myself that I own a clothing company and I had to do something to help. So I went and ordered a ton of shirts, put the Paper Clouds Apparel logo on them (that is my clothing business) and was going to hit the streets and pass them out. Then I started thinking more on the idea and wanted to give these people more than just a shirt, I wanted to give them all a handwritten letter of hope. Who knows how long it has been since any of these people received anything like that. So I posted on the Paper Clouds Apparel social media pages and soon letters were pouring in from all across the country. About the same time I was hanging out in the tattoo shop run by my good friend Bee DeVille as my friends Andrew Cooper and Shane Britt were getting new tattoos.

THANK YOU !!! With your support the Third Annual Operation Santa was a huge success ! We got a ton of new shoes to some people in need this Christmas, and all because of your help ! . . #cloudcoveredstreets #homelessnothopeless #helpingthehomeless #homelessness #homeless #makeadifference #helpingothers #payitforward #operationsanta #christmas #nonprofit 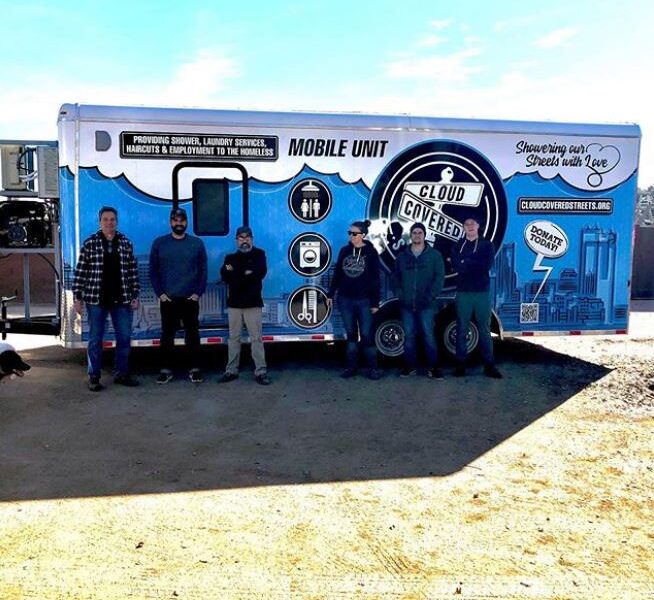 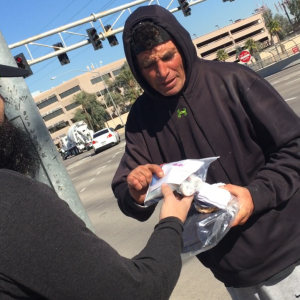 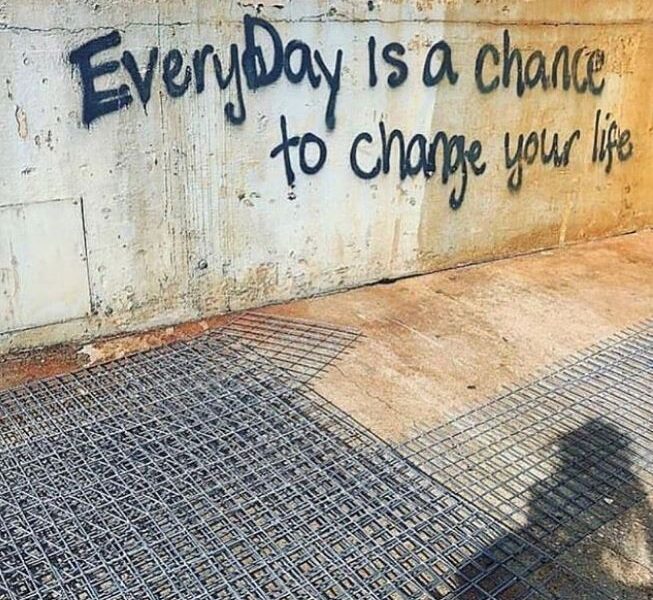 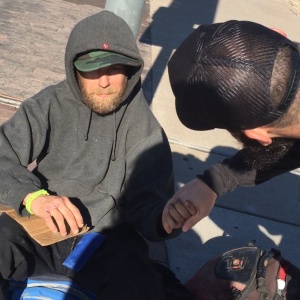 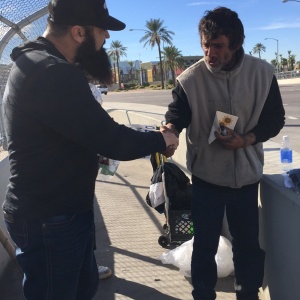 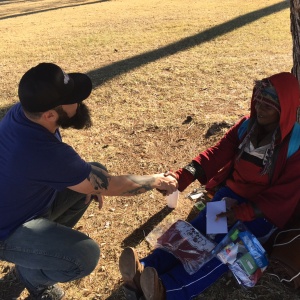 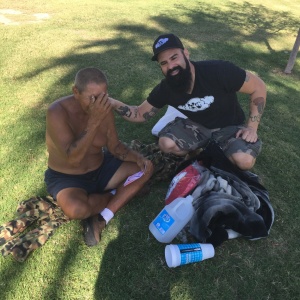 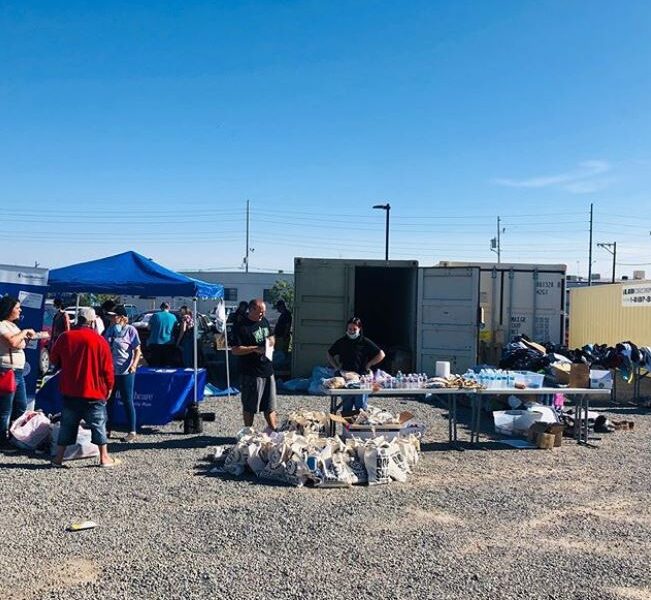 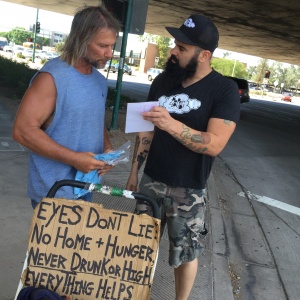 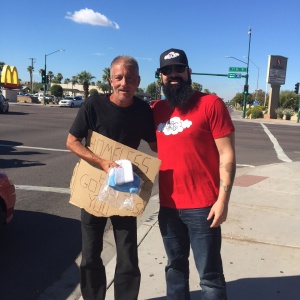 We provide new shirts, socks, toiletries and letters of encouragement to those in need on the streets. please help …https://cloudcoveredstreets.org/donate-today/ 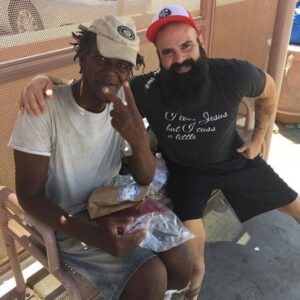 We got onto the topic of how we were all men who believe in God and a higher power but we also tend to cuss, fight, and carry on from time to time. The saying “I love Jesus but I cuss a little” came up. At that moment I decided to put that phrase on a shirt and surprise a bunch of my friends with these shirts at a show they were having at RockBar, my buddies are country musicians.

At the show I was passing out shirts and people started approaching us wearing the shirts and asking where they could buy one. A light bulb went off in my head and I realized I could sell these shirts and 100% 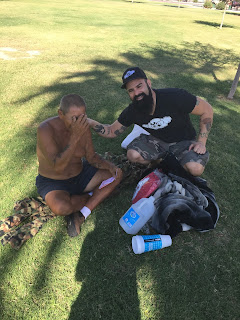 of the proceeds would go to clothing and helping the homeless. At this same concert I was approached by a young lady named Brie Marok and she told me that she wanted to help with passing out the shirts and in any other way I need it. So a week later we went out on our first mission to look for those in need and to get them a shirt and a letter of hope. One of the first people we encountered was a man we saw in a park and at the time he had no shirt on. We approached him and earned his name was Daniel and that all his clothes had been stolen a week ago. So when we gave him a shirt, that was literally his only article of clothing. Daniel put his head in his hands and started to cry tears of joy when we gave him a new shirt. It was a moment I will never forget and gave me validation that what I was doing was important. 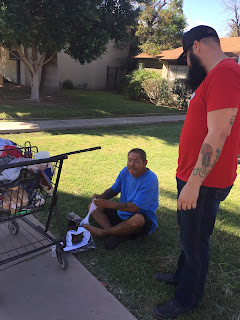 After going out that first time I did a little research and found that the item needed most by those living on the streets are socks. So before our second trip out, I went and bought a shopping cart full of bags of socks. So on our second trip out we would be passing out a new shirt, new pair of socks, and a letter of encouragement. Brie and I went to see if we could find Daniel, he made a huge impression on the both of us. We found him and he was sitting down when we approached and told him we had a long sleeve shirt for him, as it was getting colder, and we also had a new pair of socks for him. Once again, Daniel put his head in his hands and started to cry. Then he showed us his socks which were no longer white but basically black with stains. He immediately put on the new socks and a huge smile. Daniel and his new socks 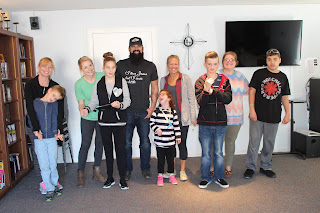 Before our next trip out I was contacted by a parent from a small school called Beyond Autism. One of their siblings worked for CVS and they had gotten them to donate a ton of hygiene products and their students with autism wanted to put together toiletry bags for us to hand out. Simply amazing !!!

The students at Beyond Autism

I was also contacted by another friend whose Mom had 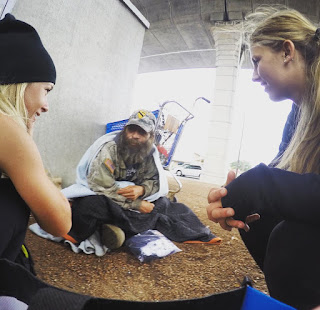 made scarves for us to hand out and she had baked up a big batch of cookies. So the next trip we were loaded up with new shirts, new socks, toiletry kits, homemade chocolate chip cookies, scarves, and a letter of hope ! This new mission has been so amazing and now we have a street team in Austin, TX and soon will have another in San Diego.

Our Austin team with “Cowboy”

We have had people sending us toiletry kits, and even had a person purchase size 17 Nike’s for a man we met on the streets whose shoes had blown out on him. We just filed our incorporation paperwork with the state of Arizona and as soon as we get that back, we will be filing our paperwork with the IRS to receive our 501c3 non-profit status ! This has been very exciting and we are looking forward to growing this and getting street teams in every major city and start to take care of those on the streets. Welcome to Cloud Covered Streets !!!! 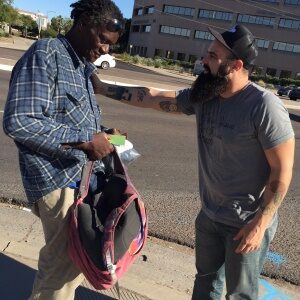 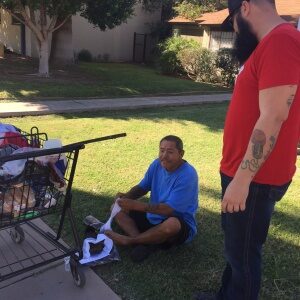 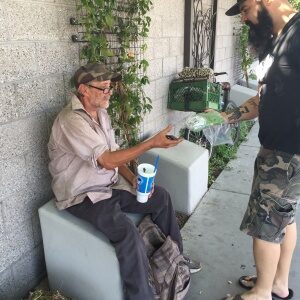 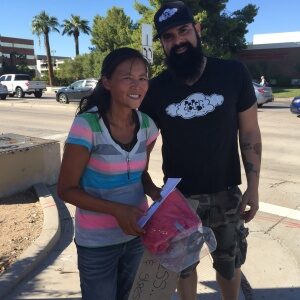