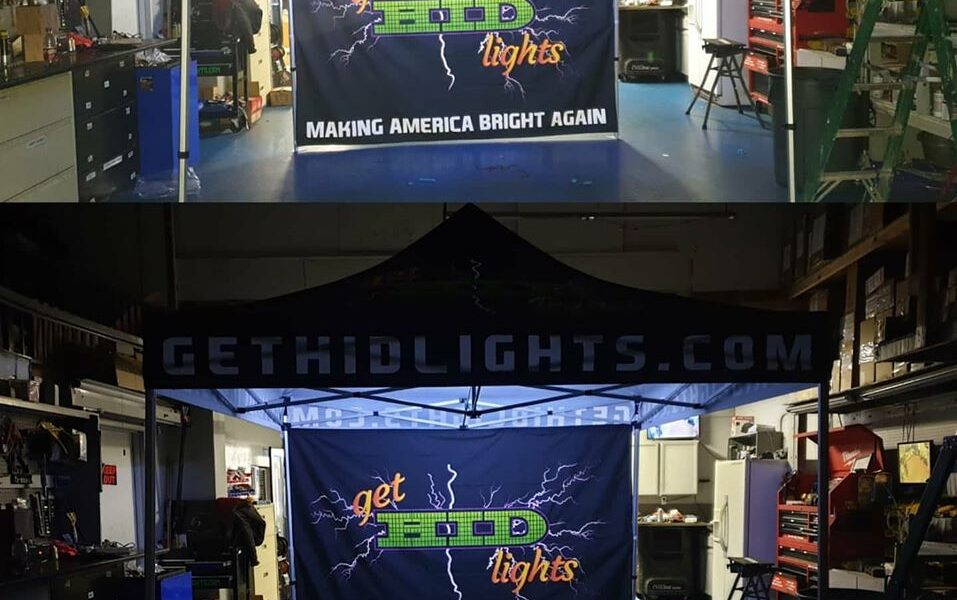 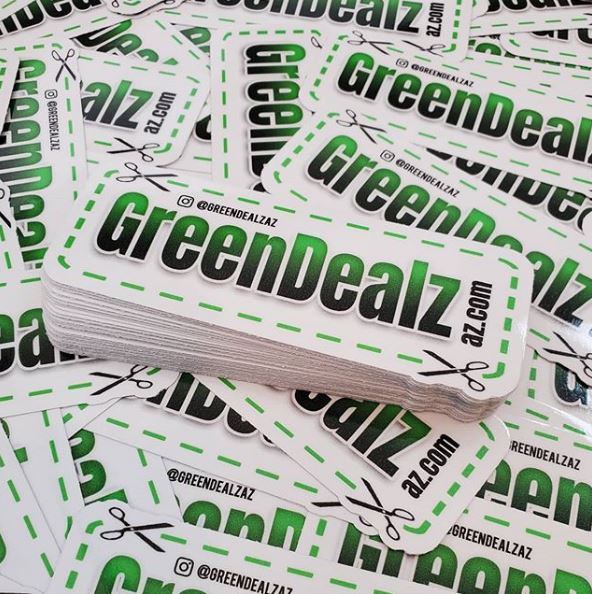 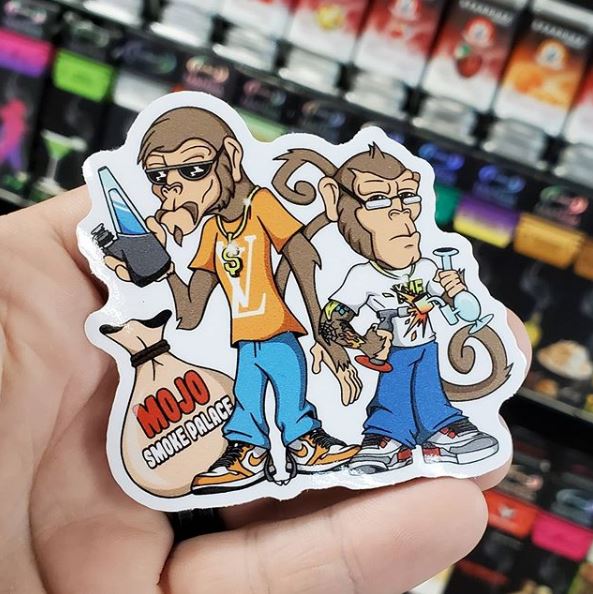 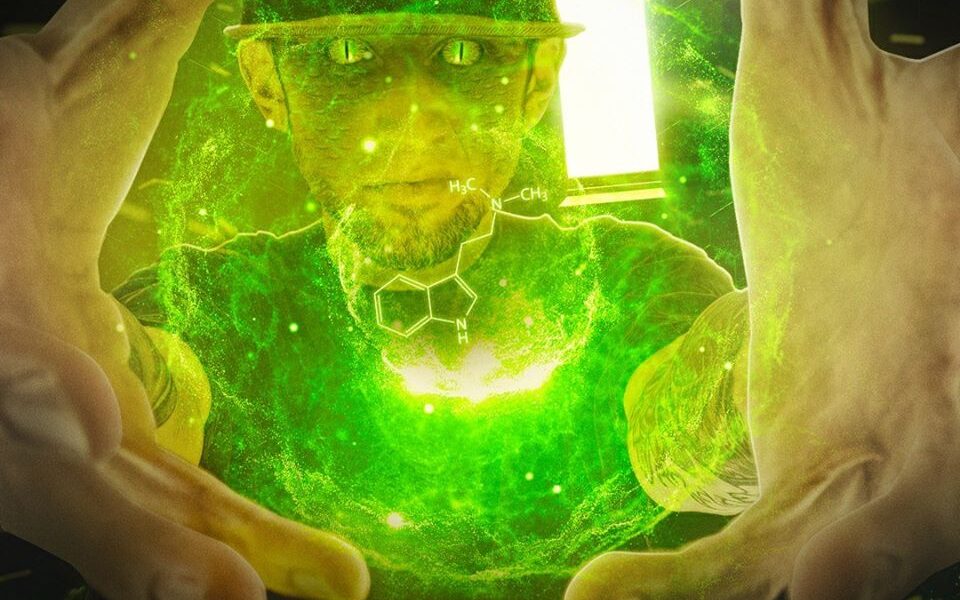 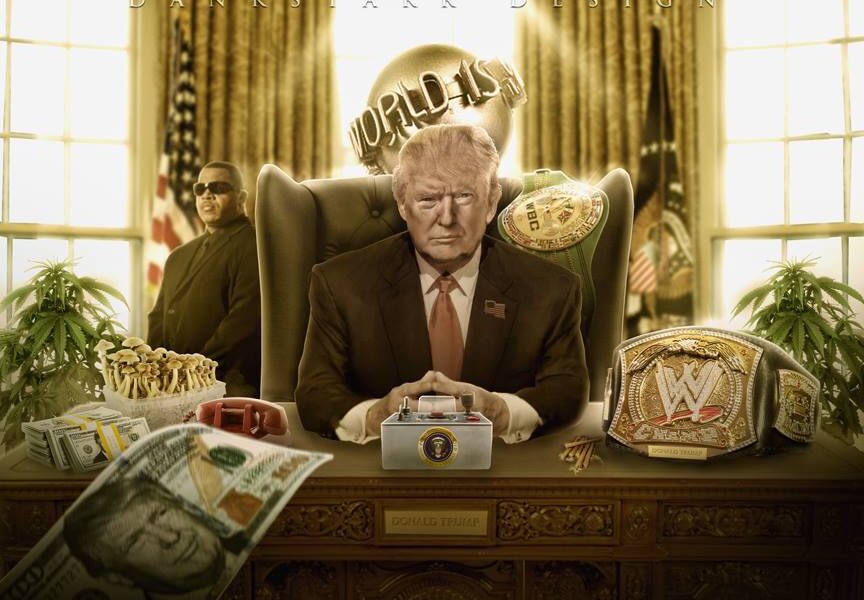 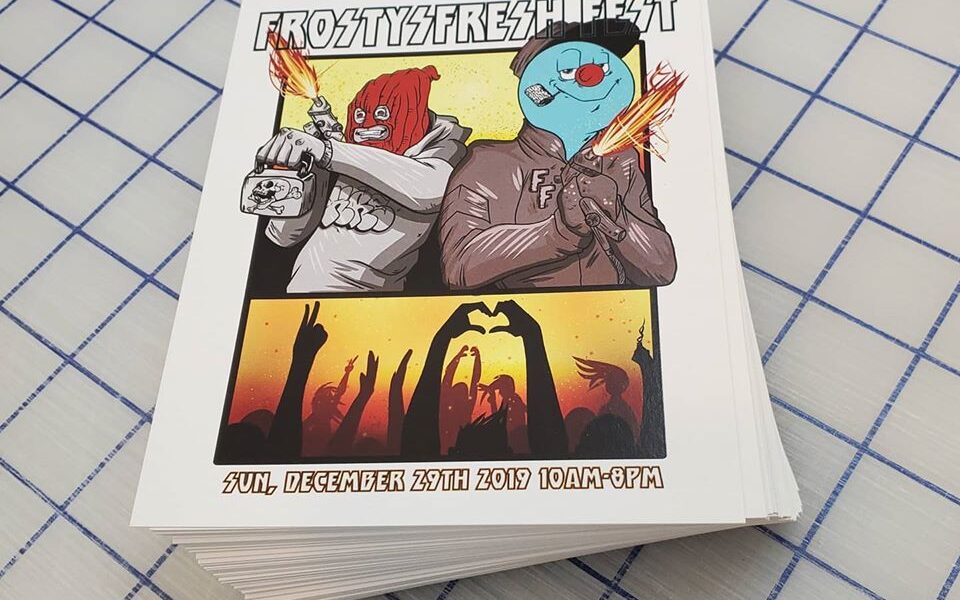 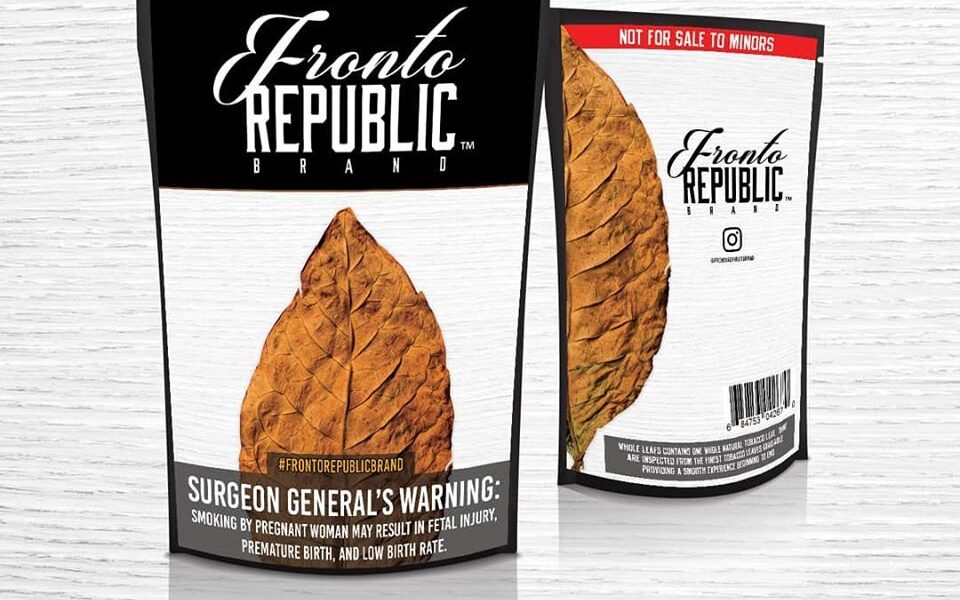 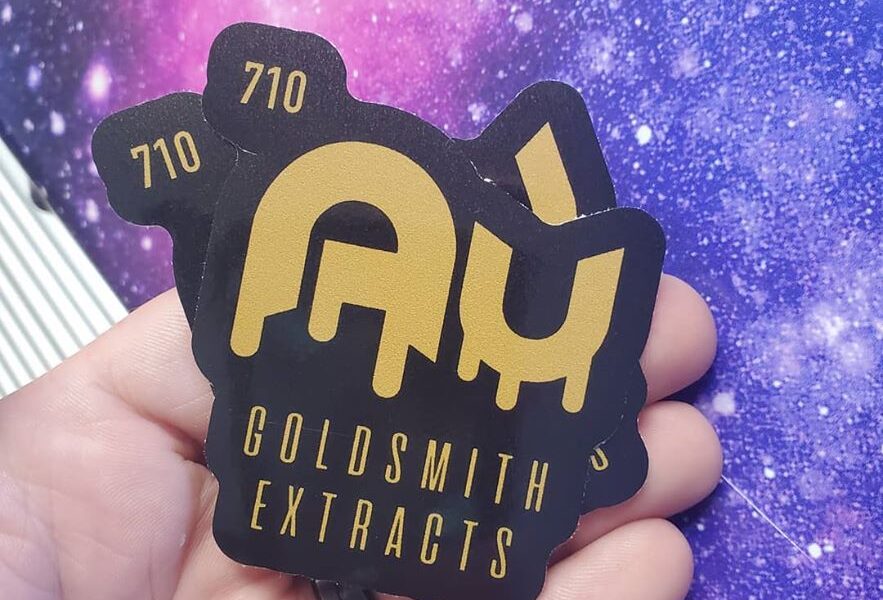 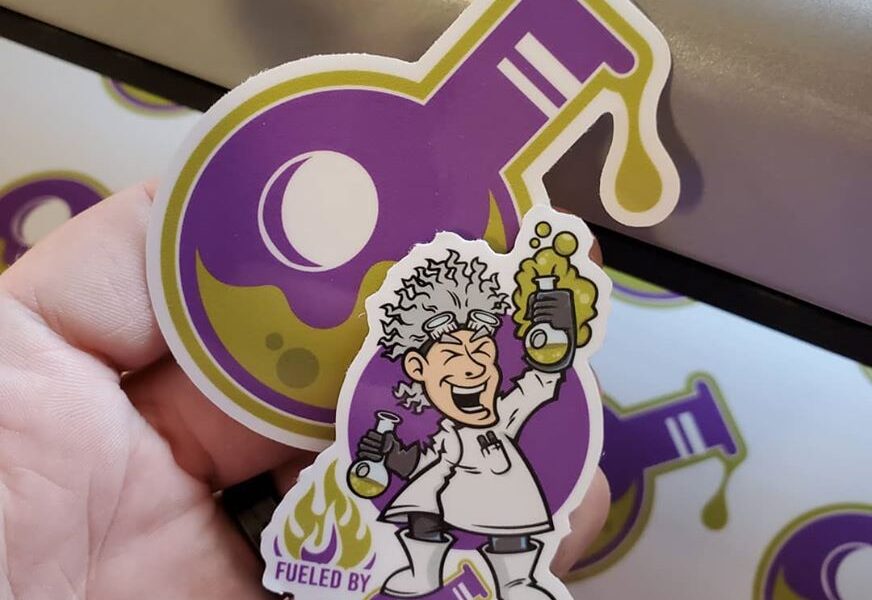 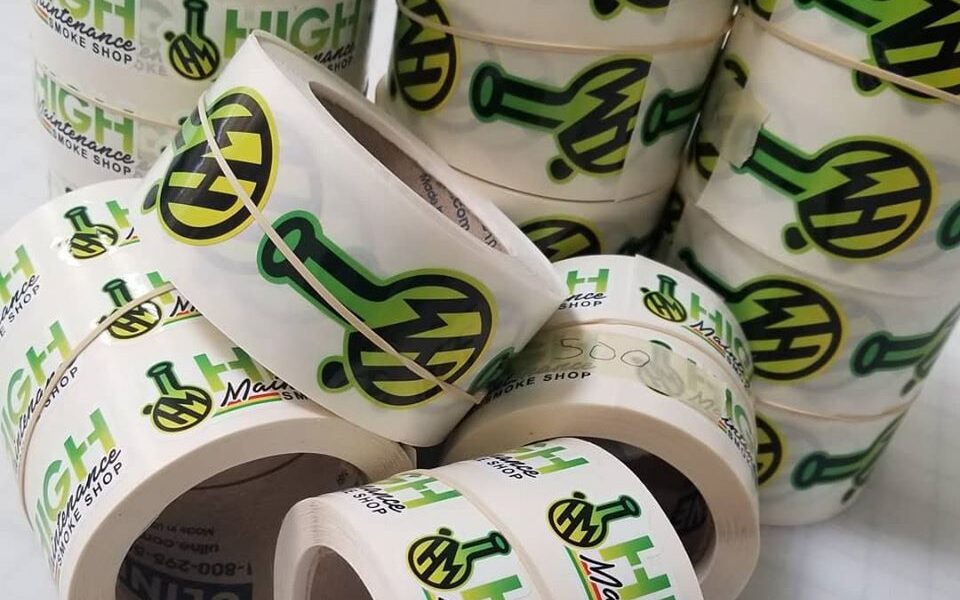 Before my twenty minute journey to Tempe to meet with DankStarr Design, my mind was filled with all sorts of questions to ponder. I mean, you can see people on social media and think you may have a glimpse into the persona of what that business is about, but we all know that more times than not it’s only half of the story at best, and at worst it’s just completely made up and made to look as if it’s something that it is not.

I suppose we always have to remember that it is the internet, and we have to take everything with the biggest grain of salt that we can afford ourselves, and I use the word ‘afford’ because most followers on social media are bought. With things as they are, it’s often hard to discern between who is genuinely doing what they do for the love of their craft; and who’s doing what they do for likes and status.

Enter DankStarr …. I have to say that Zane with DankStarr is someone that I don’t mind using the nomenclature of ‘genuine’ to describe. This is clearly someone that has taken his seventeen years of experience and worked to master what he feels is his true calling.

When you see his work, you can see the sheer passion that goes into his projects, and the extent to which he immerses himself into the world of his clients to produce be able to produce his art. It’s clear that he makes efforts to establish an understanding of his clients before expressing that unique personality through the work.

What I saw right in the beginning, and even more so after meeting with Zane, was that he is true to himself and his craft first, and the financial side of his business came second. which I personally really appreciate, very much. What I mean by that is that it seems that he will work with you if the situation is called for in his heart, but don’t come to take that as an opportunity to take advantage of that, as work like this honestly defies a traditional price tag. I think he is being generous with what he DOES charge for his work, and as he considers himself an artist and his work is fully his creation and he is firm when he quotes someone.

While that may dissuade some, leaving them to venture elsewhere and seek work at a different rate, but I think you have to remember that you ALWAYS get what you pay for, and this is top dollar shit we’re talking here! That said, Zane says that when clients can’t or won’t afford his prices, he doesn’t hesitate to direct them to other artists that are just as hungry as he but offer their services at a lesser rate. He knows that you have to start somewhere and that you have to be given a chance to be shown what you can do in order to really show what you can do!

I say this as I’m writing the FIRST feature piece of someone from the Phoenix, AZ cannabis community trying to make a difference by showing that they are a business you might look to first for straight-up quality work at an honest price. Or maybe just not humble enough yet to be able to share with one another? But we do truly and eternally appreciate that he was the first to respond and follow through with his plans to meet us from jump. It shows he’s decisive with his accumen; and who the hell else would ya want to be making graphics for your cannabusiness, as it is a representation of you, if you will?

The full service print shop is tucked away in a business park, which allows it to have the necessary space to be able to handle any size job; and we do mean any size! As they will do custom Vector graphics for anything from car wraps, to logos and graphics for other artists. Album covers for musicians and their backdrops for their live stage shows; to campaign signs for school districts, police fund raisers, you name it! The cannabusiness is a small part of what he does, as he has a love and appreciation for the herb and he’s not afraid to disclose it to others when they inquire about it and its effects. He’s had to help educate some affiliated with the school districts, police orders, etc. He’s trying to help break the stigma through his art or his purpose in life and that’s to show that you too can make it even if you do use Cannabis. If you have the imagination to do so and the drive to invest in yourself and your time on this earth. But always remembering to leave it better than when you found it.

It shows he’s multi-faceted and you can tell he doesn’t want to be placed in a box to where he’s pigeonholed his imagination and direction for DankStarr. Having foresight is a term that we would like to use when again, describing him and what he does. You want an artist that can visualize himself in his piece as if it’s already been drawn out in his mind from long ago and he’s having someone bring it to him as to remember it for the first time. That’s the mark of a true artist and the way he does this once again, is to get to know you and what you’re about as a person always first and foremost. While keeping secondary that what you’re doing is a creative outlet, just like himself.

DankStarr has coupled with other individuals that have the same goal in mind and that is to show that there is enough to go around for everyone, if we all want to creative love and joy as a whole. Also teach the young ones to strive for something better. But they have to believe that they are better, say they are better and then start doing better.

He offers mentoring if you have questions about becoming a graphic artist yourself, or if you’re wanting to learn more from the craft of pitiable manipulation and design. Because you can see where you want to be. Believe us, he doesn’t want to be the biggest, he just wants to be the best and he knows that being the best if far from quantity, it’s all about quality. He says he has a folder on his desktop of other artist’s work that he still wants to be like, as well as one of his older work and where he came from as to keep things in perspective with his approach, which has allowed him have his head way up, passed the clouds, while having his feet firmly planted on the ground.

So, long story long, if you’re looking for that bomb, sticky-icky, super-danky graphic work, look no further than DankStarr Design as they are blowing clouds in AZ … just not blowing them up your ass! 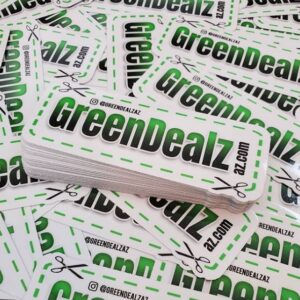